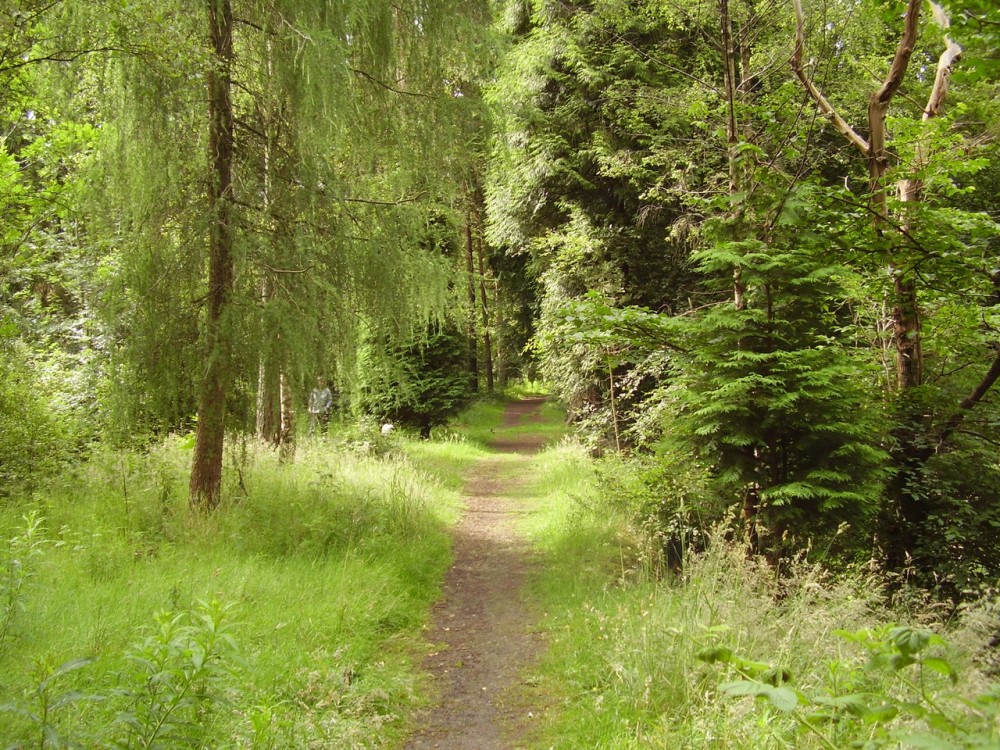 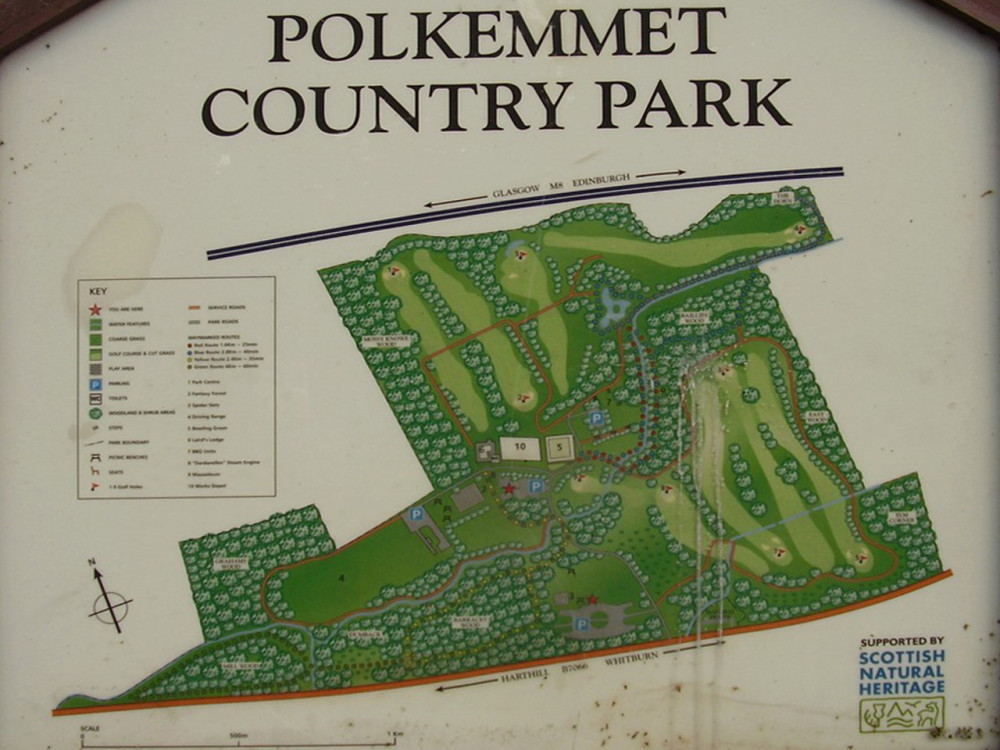 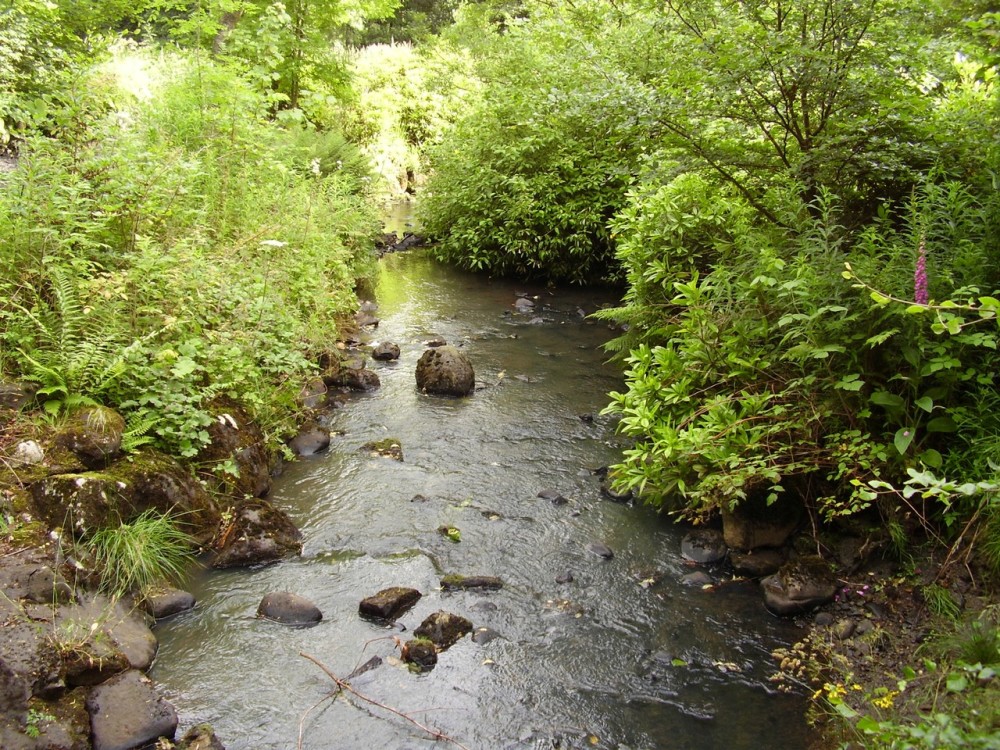 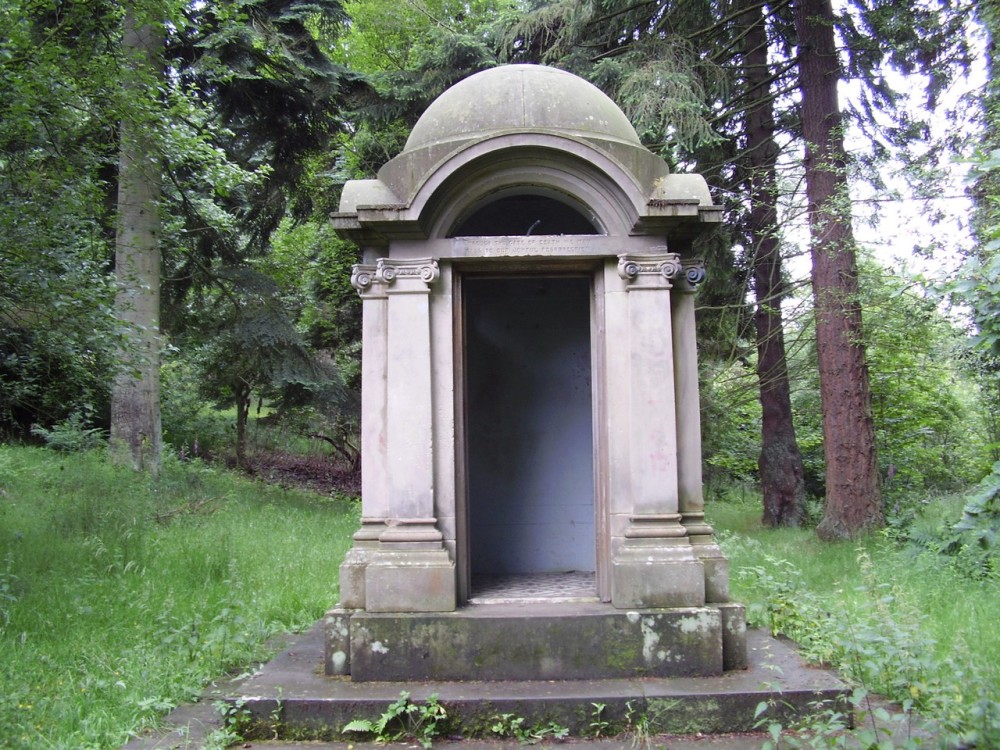 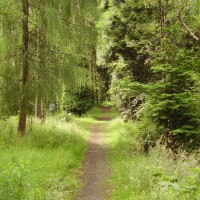 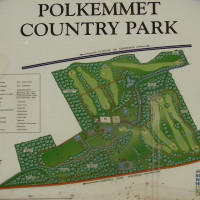 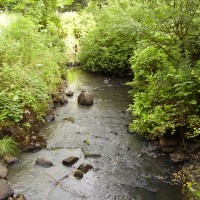 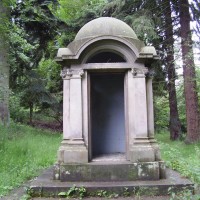 On the early summer morning we visited this luscious park there was no one else around, and the birds were chorusing loudly in the woods. It seemed hard to believe that the motorway was just a few miles away.

Ideal stopping place as it's midway between Junction 4 and 5, both North and Southbound.

This country park has been formed from the grounds of the earlier Baillie Estate, after the local council rescued the area from decay in the 1980s.

Now everyone can enjoy walking through this very gracious woodland on one of the trails that have been planned here.

There’s a good choice of routes. The Red, Yellow and Blue routes are both under 2 miles, and the Green route is longer at just over 3 miles. There are also plenty of smaller paths to wander off on.

On the early summer morning we visited there was no one else around, and the birds were chorusing loudly in the woods. It seemed hard to believe that the motorway was just a few miles away.

Jem loved this walk as the park hasn’t been over-tended and so it’s ideal for dogs to snuffle in. The River Almond trickles through the park, but isn’t deep enough for dog swimming.

The slightly surreal mausoleum fairly near the red and blue route start point is a memorial for one Robert Baillie, fourth Baronet of Polkemmet, a member of the family that owned this land for 350 years until 1957.

As an extension to the red or blue trails, visit ‘the Horn’. This is a sculpture that was commissioned to liven up the view from the M8. It is supposed to emit a recorded message from the base, and we enjoyed a mad moment trying to get it to work – you may be more lucky than we were!

Edited: 27th March 2020. The details of this listing may have changed, and though the Driving with Dogs team do our best to confirm the accuracy of every listing, we cannot guarantee that the details are fully up to date and accurate. If you know that any aspect of this listing is incorrect, please suggest an edit to let us know.